While in San Diego, we decided to venture out on a day trip to Anza-Borrego, the Desert State Park. While the site is famous for its beauty, I wasn’t expecting such an incredible drive there. As we weaved through winding mountain roads, the Vieja Indian Reserve and Cleveland National Forest and Cuyamaca, we often stopped to get out and admire the scenery. 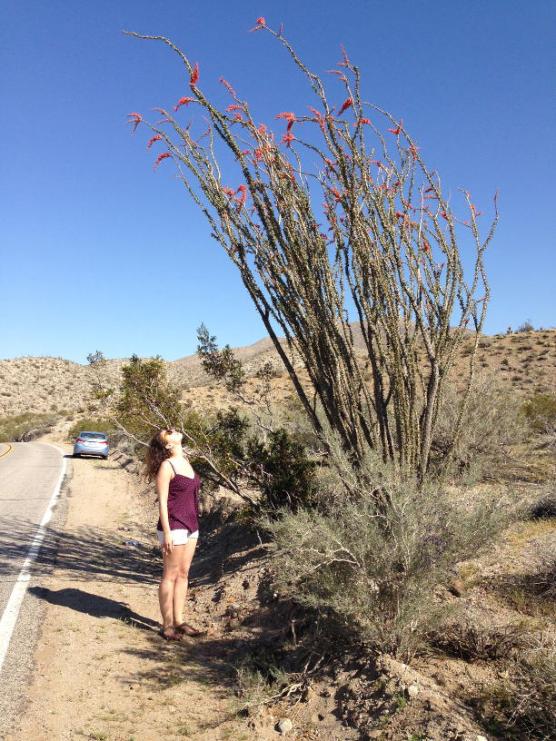 We stopped in the historic mountain town of Julian, famous for their apples, and thus their apple pie. On our pie mission, we met a man holding a llama. A donation of any amount to their animal rescue foundation got us some photos with the llama, and a horse ride down the street. Meet Pavo, the most well-mannered, proper, llama ever. He doesn’t even spit. 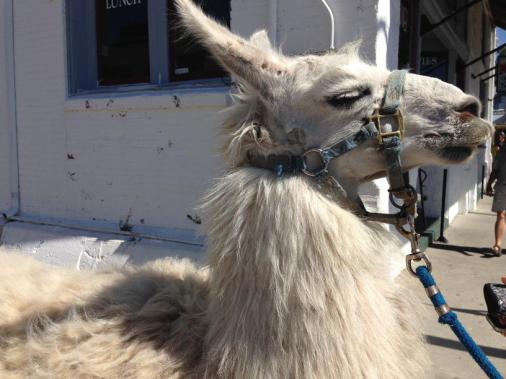 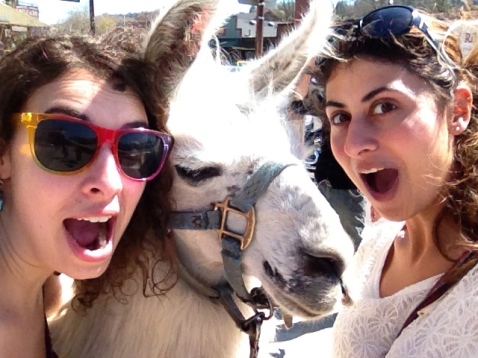 I also fell in love with the horses, Romeo and Captain. 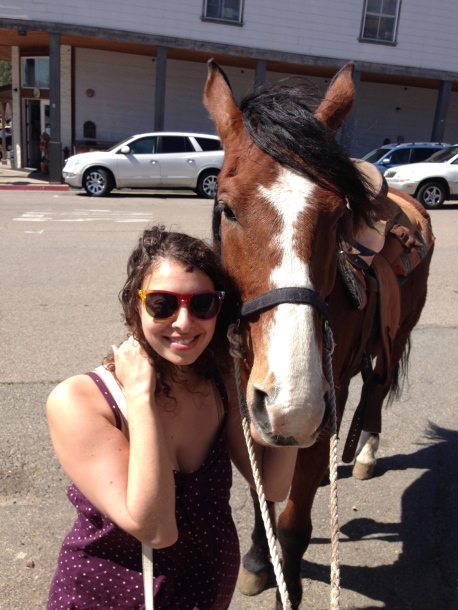 FYI, me with a horse is pretty much the happiest I get. 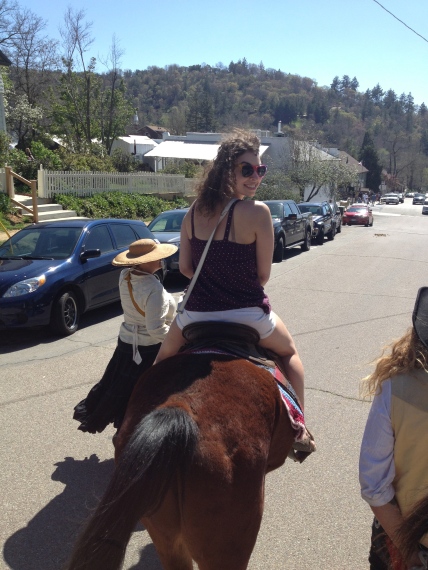 We continued on our pie mission to Julian Pie Company, which consistently had a line out the door. This didn’t surprise me, especially after I tasted what is by far the best pie I’ve ever had in my life. Caramel Apple Dutch, 100% orgasmic. 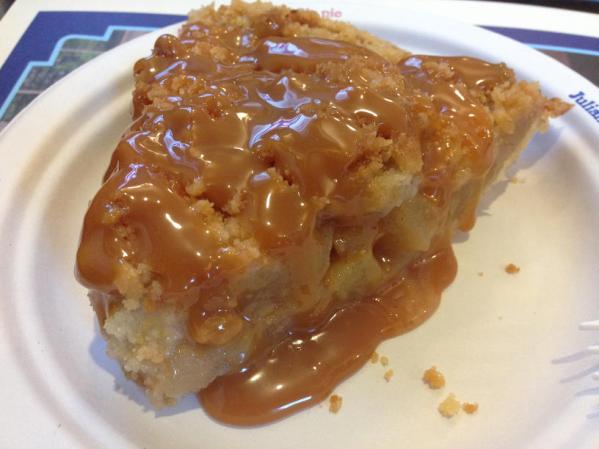 You don’t even know.

We finally got to Anza-Borrego, where we stopped by the Visitor Centre for some poor directions and a fairly useless map. Then we drove down Henderson Canyon Road to spot the blooming wildflowers. Even though it was the perfect time of year to see them, no one else was around. It was just us, the flowers, and the mountains. 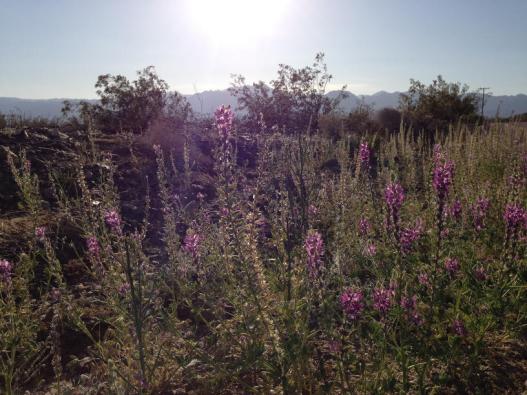 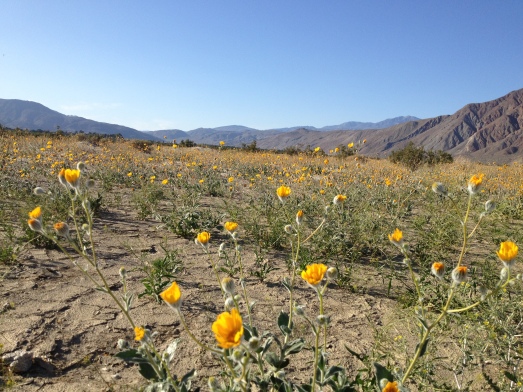 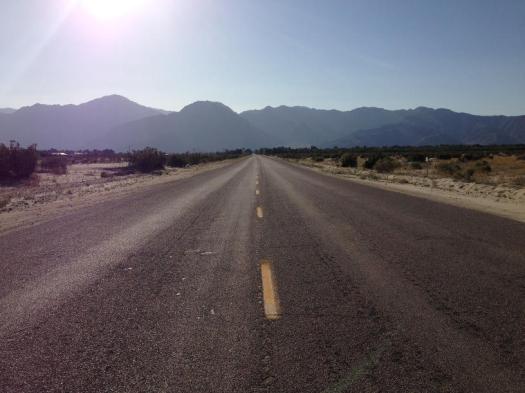 Then through the miracle of prayer, GPS and dumb luck, we found our way to Clark Dry Lake  which is basically a big hole where a lake used to be. It’s a huge, gorgeous slab of cracked earth to remind you of what once was. 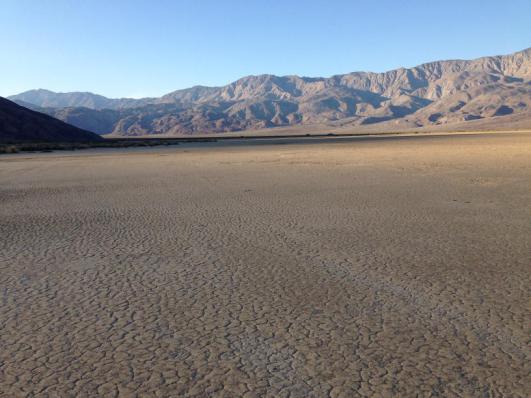 Once again it was just us and the landscape. It was the most serene, still place I’ve ever been. It’s also the perfect backdrop for a kickass jumping pic. 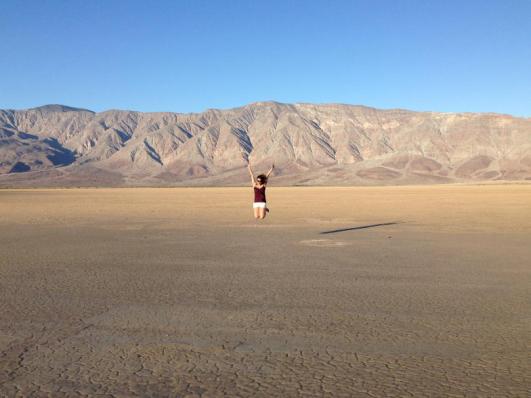 Unfortunately we had to haul some serious ass out of that faux lake to make our reservations at The Noble Experiment, a secret bar nestled within a restaurant in the bustling Gaslamp Quarter. It’s modeled after speakeasy bars which were popular during the prohibition era, hence all the secrecy. In the restaurant Neighbourhood, you walk to the hallway with the washrooms and on your right, you see a bunch of stacked kegs. You walk up to them, and fucking push open the FAKE wall of kegs to enter the bar. 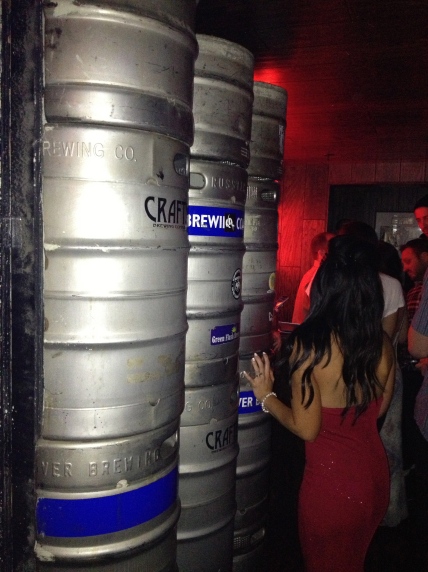 To say I was dorkily excited is an understatement. (Let’s not forget how much I LOVE secret bars.) Inside, the feel was old time-y yet modern. The ceiling is lined with paintings and a chandelier, and the bar sports an elegant, intricate crown moulding. 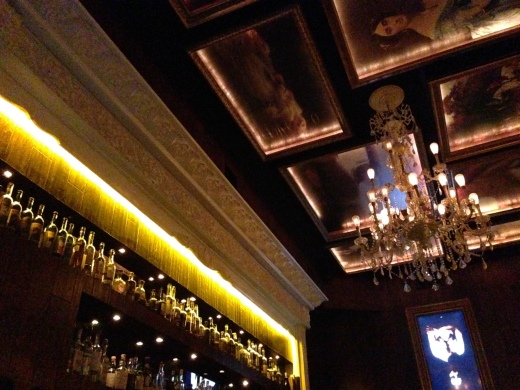 Then to the right, there’s a wall of skulls. 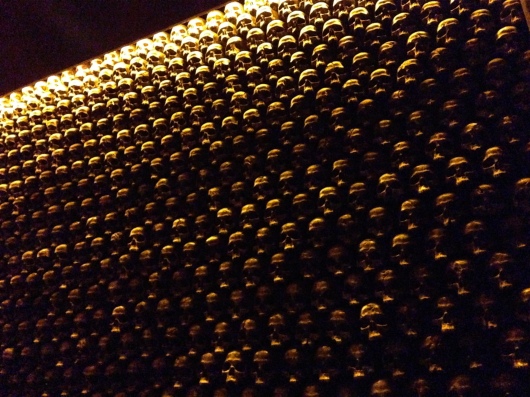 Their cocktails are delicious; my favourite was a mix of 12-year-old dark rum, brown sugar and chocolate bitters. And if you’re a particularly trusting person, you can get the Dealer’s Choice. Just tell them what spirit you want and they’ll surprise you with something. That was my favourite night in San Diego. A close second was when we strolled through Seaport Village. It’s a little touristy and busy, but it’s still a gorgeous walk by the water. 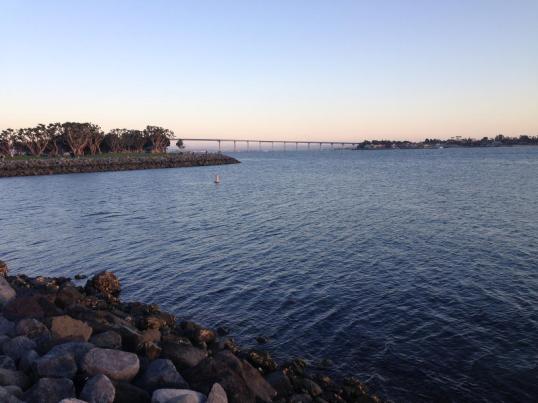 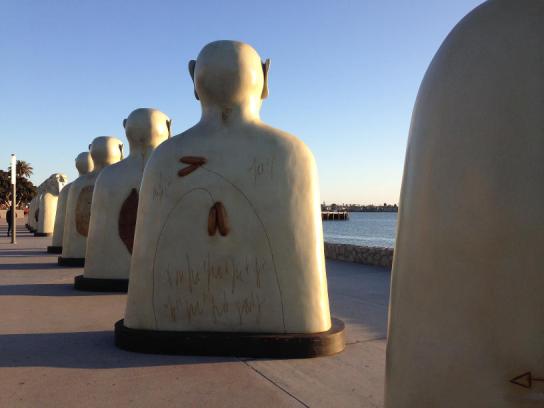 We saw some art installations, cute restaurants and shops, and the Unconditional Surrender Statue. 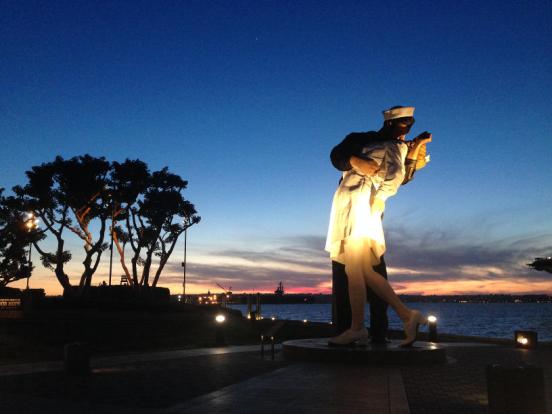 It was my favourite sunset in San Diego and also my last. 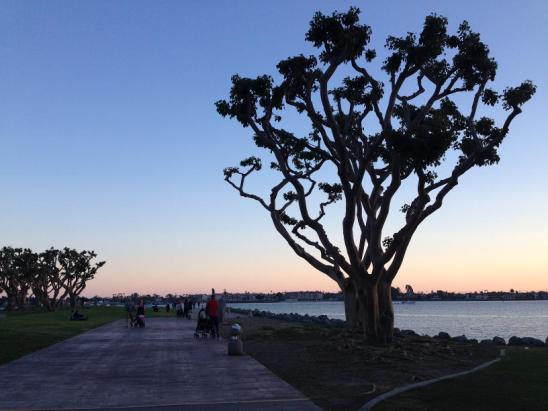 And with that bittersweet goodbye, it’s back to exploring my own city.